Skip to Content Jump to Main Navigation Skip to Search

You Are Here: Bionic Skins 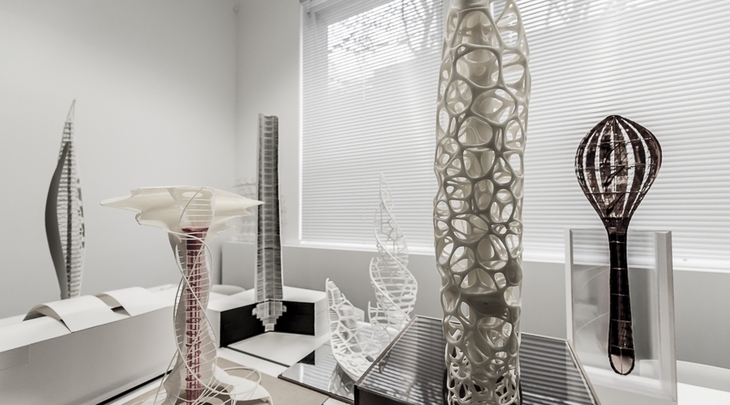 The present work focuses on the study of 25 natural phenomena that have occurred over the last 500 million years at the interfaces between controlled indoor areas and uncontrolled outdoor areas have evolved into solutions to problems that even modern anthropogenic building envelopes have to face.

In the course of the processing the phenomena are described in three selection steps are examined for their usability and documented with possible approaches for an architectural implementation. The possibilities filtered with architect's eyes are available here. of a conversion in the selection of the selection steps. In a conceptual elaboration, the strategies of natural systems are finally developed with the requirements of anthropogenic envelope systems and presented a schematic conceptual diagram of adaptive permeable envelope structures of the future.

The Bionic idea has become a popular buzzword, not least due to the drastic interventions of humans in their environment and constantly rising energy costs. The basic idea of the Bionics - learning from nature for technical constructions - is fascinating and immediately obvious to everyone: today's organisms, constructions and structures are the result. a 500 million year development phase, described in the broadest sense as evolution. Not to analyze this potential of successful and tested designs would be arrogant and highly uneconomical.

For this reason, the young scientific discipline of bionics has been attracting increasing attention in recent years. It is regarded as one of the trailblazers for people's future technologies. The basic work "Bionically inspired building envelopes" describes the history of bionics, the development of this transfer discipline, and dares to look ahead to possible applications in the coming years decades.

In the course of the work, various facade prototypes inspired by natural shells or skins are examined. The aim is to develop façade concepts that are based on materials that are such as mother-of-pearl or chitin, from structures such as butterfly wings or starfish and from functions such as the insulation of furs or photosynthesis. The following can be done completely new approaches to building envelopes are emerging, such as breathing building shells, variable thermal insulation or autoadaptive shading systems. What is particularly exciting about this is that all the these ideas per se must be changeable and multifunctional, which will be a particular challenge for tomorrow's architecture and its architects.

In order to be able to get closer to this complex subject area more easily and to be able to distinguish between the specialist disciplines such as biology, physiogy or materials science and the architect, for example, a In order to form a comprehensible interface, three main categories are proposed for further processing, which show approaches for bionically inspired building envelopes.